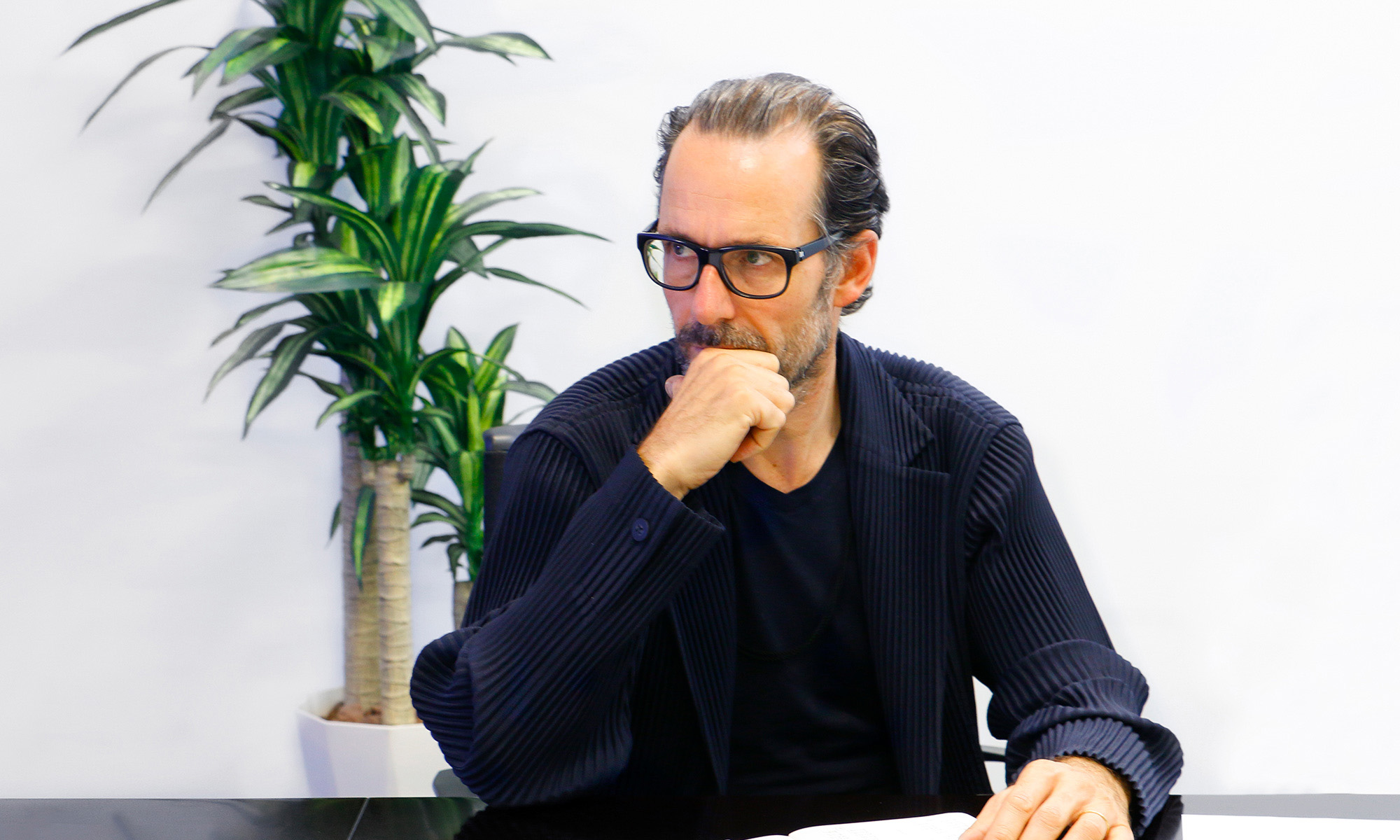 I wanted ROKU to become a precision tool, a real time keeping device.

What is ISSEY MIYAKE to you?

I discovered Issey Miyake through the works of architect Shiro Kuramata in the late eighties. When I first entered one of the iconic shops in Aoyama/Tokyo, everything was different to what I had known: the architecture, the clothes, the materials, the colours. I was so overwhelmed by its “newness”, it felt like a moon landing. I have been following Issey Miyake for many years now and with every new collection I still get excited about the perfect symbiosis of artistic expression and technical sophistication in the work. 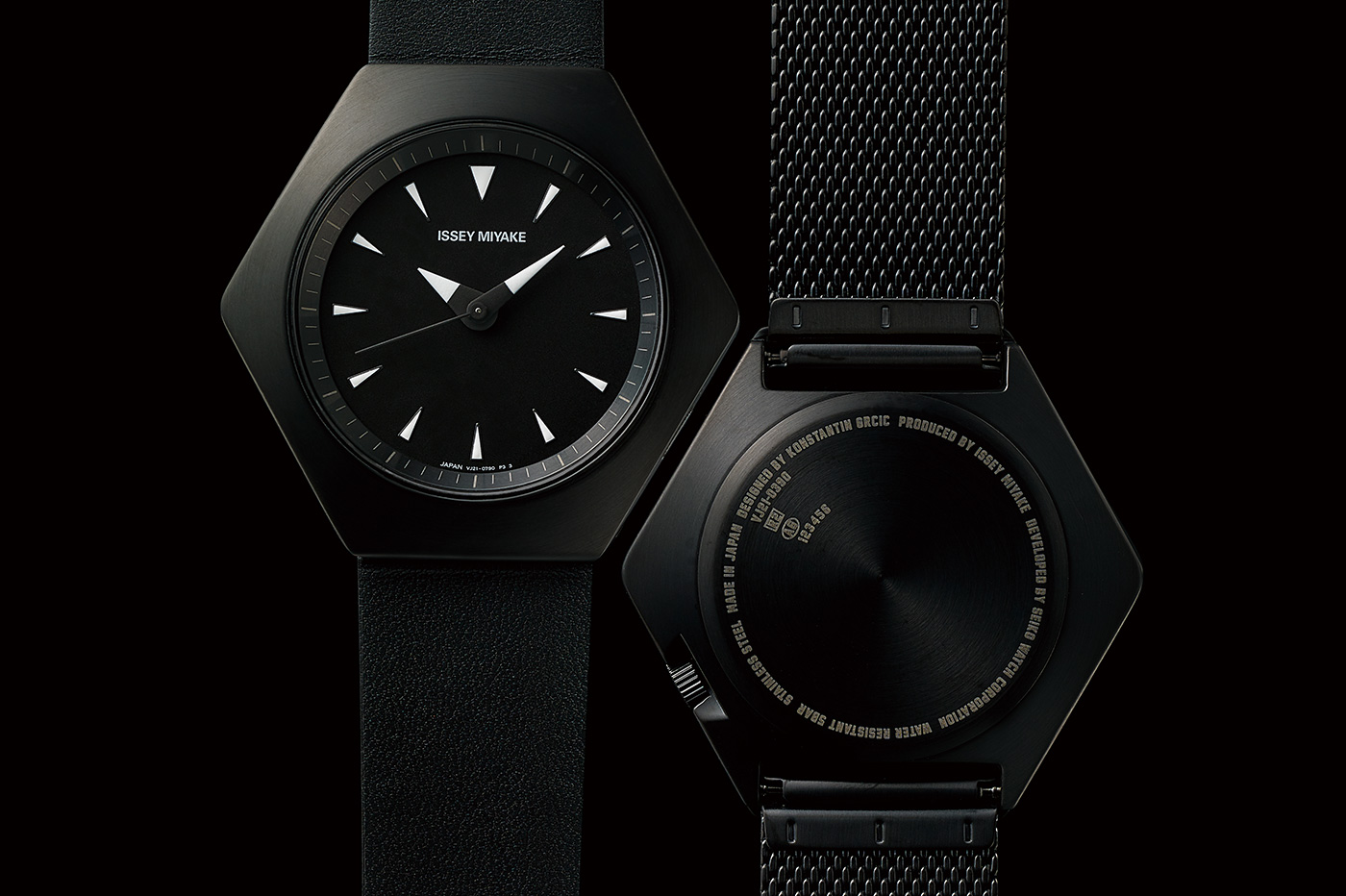 As a process of designing the watch, did you do any research on ISSEY MIYAKE clothes and their watch collections in the past?
If so, what kind of designing philosophy did you find in them?

I have always been attracted by the cutting patterns of Issey Miyake’s garments. Instead of adapting to the shape of the human body, the clothes are constructed in their own abstract way. They create an entirely new silhouette for the body that has a strong architectural feel, like a shelter or insect’s exoskeleton. Some constructions are obviously rooted in the traditional Japanese Kimono, but the overall philosophy behind most of Issey Miyake’s work seems to be driven by a genuinely creative vision. 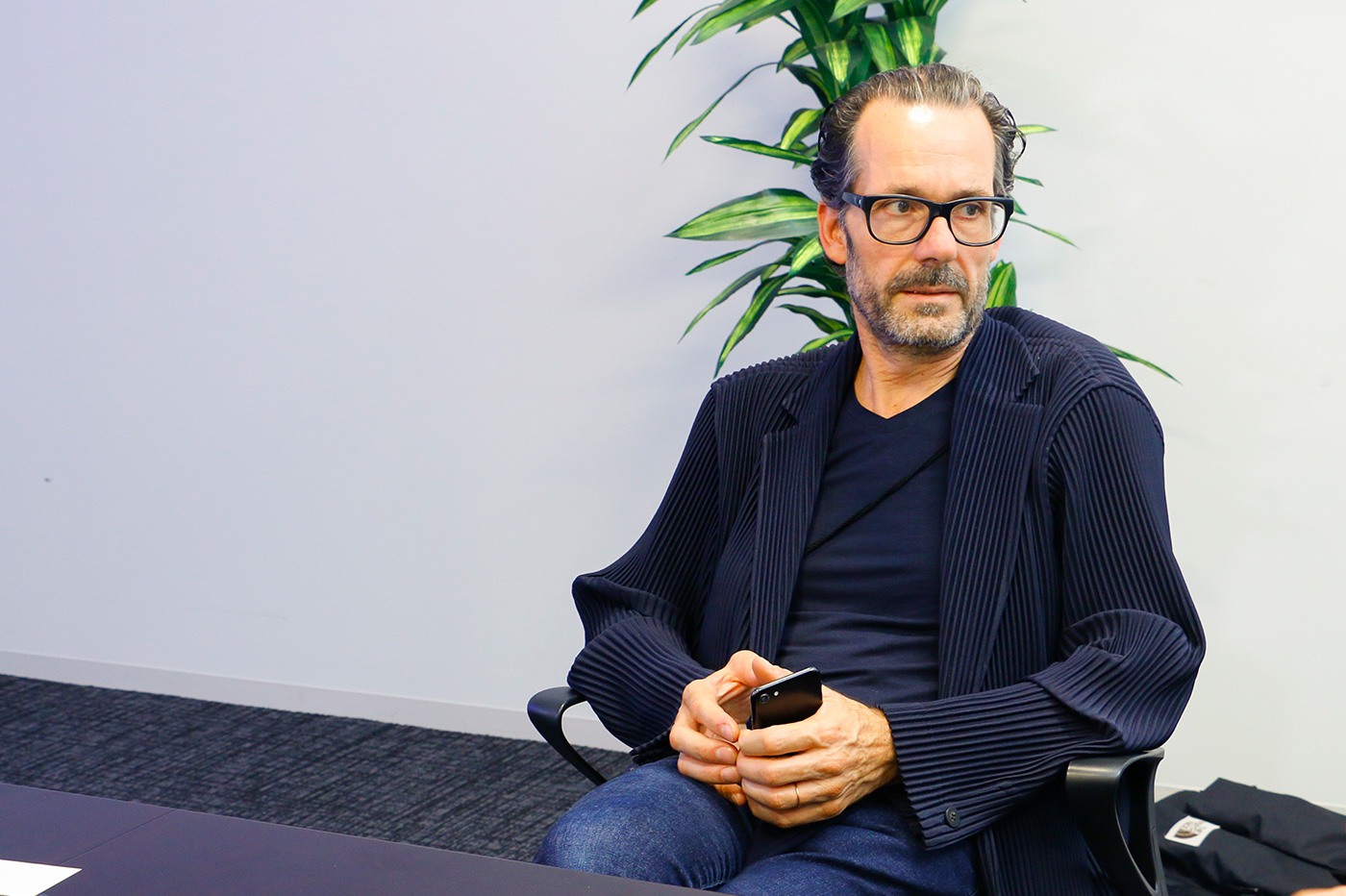 Could you tell us about the concept of “ROKU”?

ROKU draws upon the correlation between two geometries: a hexagon and a circle. The six-sided watch case relates to the 12 hours chronometry. The round dial resembles the circular movement of time. Two strong shapes that interplay with each other. Just like the notion of time: The continuous passing of hours/minutes/seconds on the one hand, the punctuation of certain events on the other. 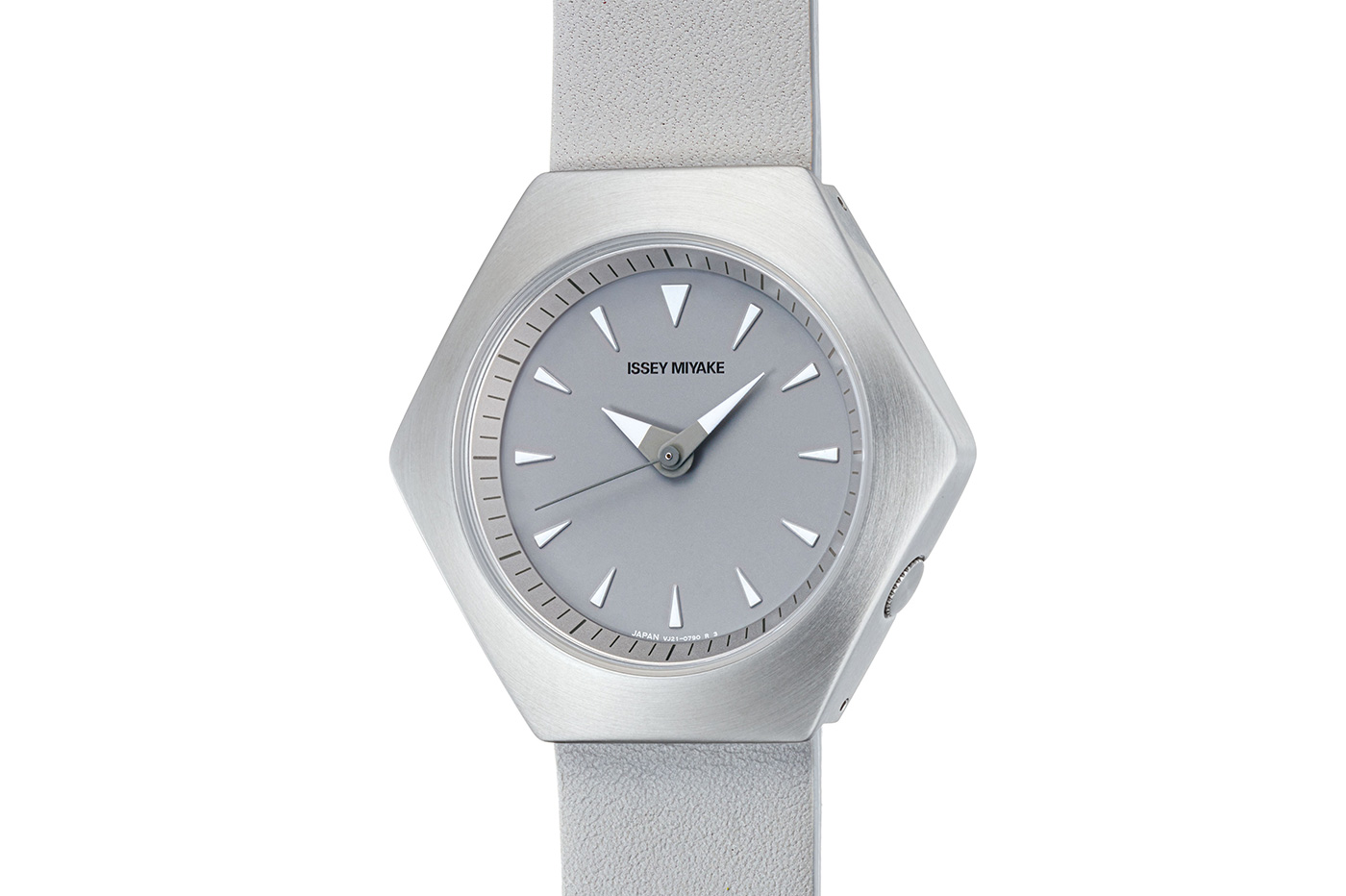 Did you face any struggles in the process of designing your ideal watch?

Once the principle geometry had been established, the design went through a long process of refinement. A watch needs thorough attention to detail – not only because of its small scale. I wanted ROKU to become a precision tool, a real time keeping device. 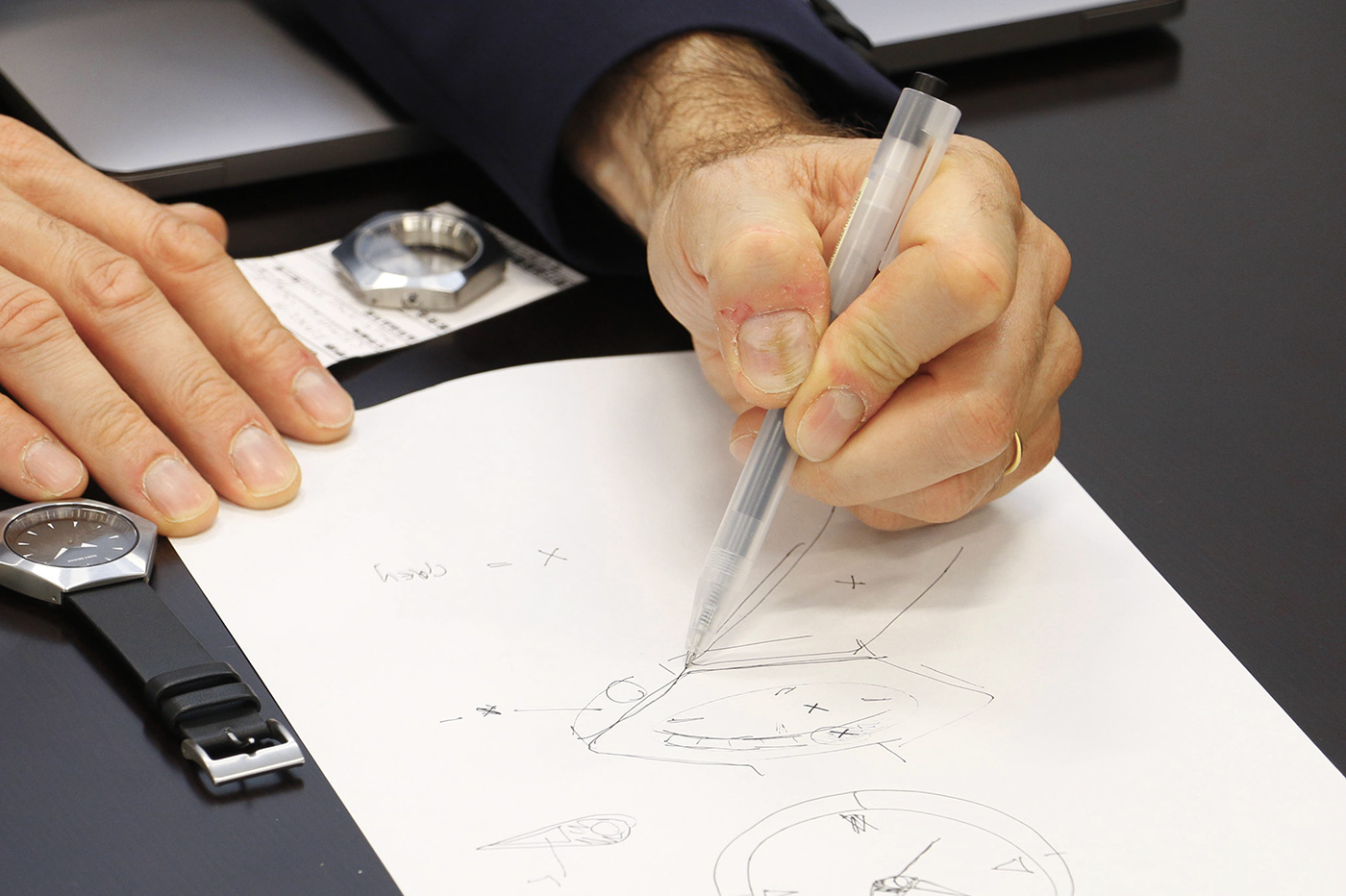 You have collaborated with Japanese clients in the past. Have you found any preferences or tastes in design that are particular to Japanese users?

In the Japanese culture, form is often charged with symbolic meaning. When I proposed my design for a hexagonal watch, we had long discussions about its reasoning. I have to admit that my decision for the hexagon was a rather subjective choice, a shape that fitted my idea of the watch. To retrace a deeper meaning into the design brought me closer to an understanding of the Japanese mentality.

How do you like your users to enjoy “ROKU”?

I see ROKU as a unisex watch that will attract males and females alike. I expect that those, who choose to be wearing the watch, do it for two reasons: First of all, because they like the object, or rather think that the object suits them. And second, because it is a good watch. Users will appreciate the careful considerations that went into the manufacturing and functionality of the watch. For me, ROKU merges elegance and beauty with pure function. 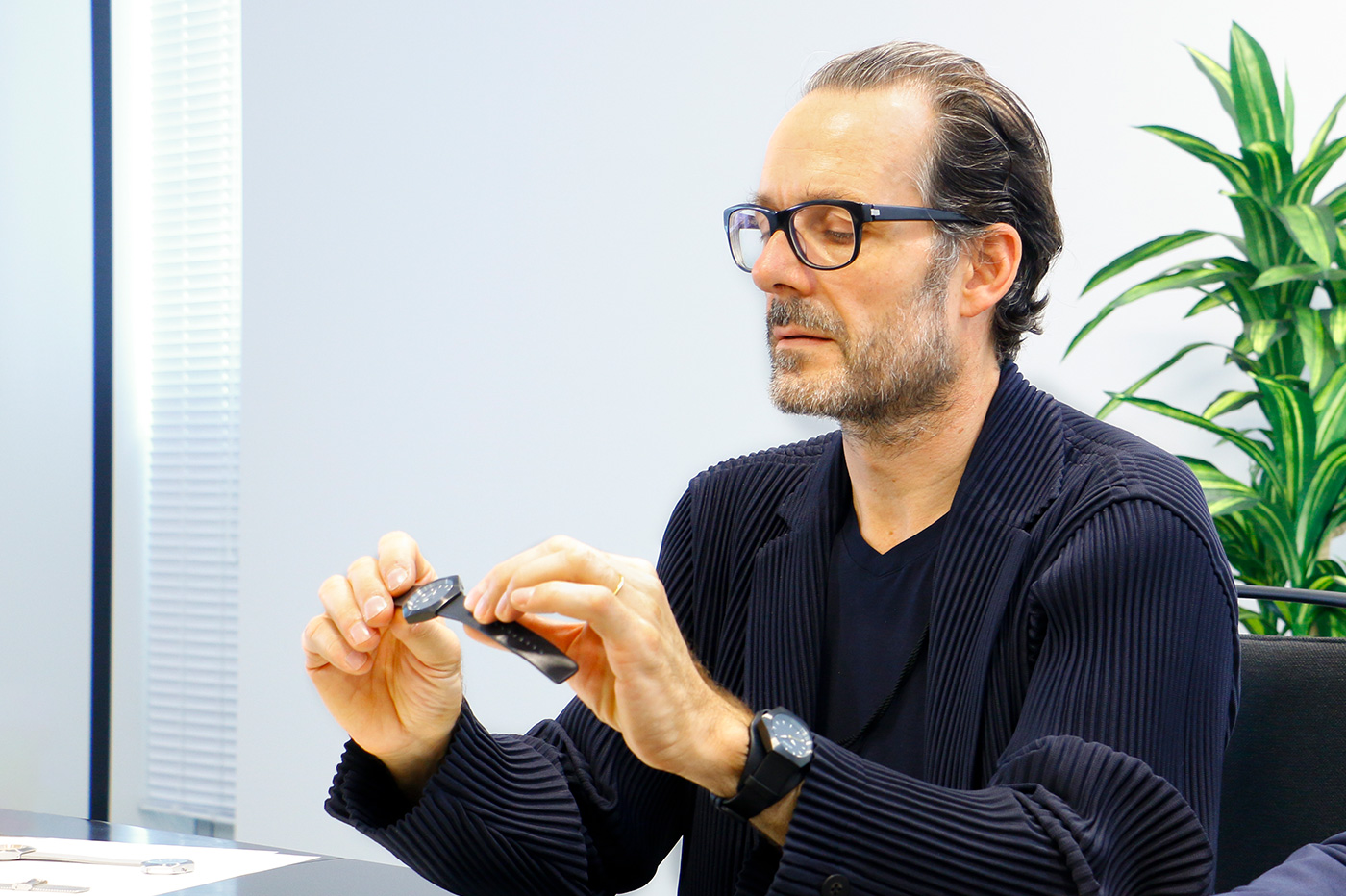 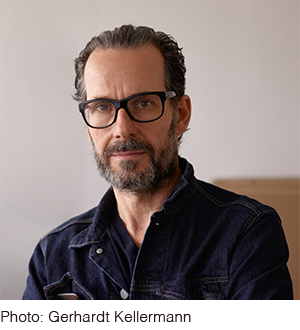 Konstantin Grcic (*1965) was trained as a cabinet maker at The John Makepeace School for Craftsmen in Wood before studying Design at the Royal College of Art in London. He set up his own office in Munich in 1991. Today Konstantin Grcic Design is based in Berlin. The office is active in several fields ranging from industrial design projects, exhibition design and architectural collaborations. Amongst his renowned clients are Flos, Magis, Muji, and Vitra. He is the recipient of numerous awards such as the Compasso d`Oro for his MAYDAY lamp (Flos, 2001), the MYTO chair (Plank, 2011) and the OK lamp (Flos, 2016).
Grcic defines function in human terms, combining formal strictness with considerable mental acuity and humour. His work is characterised by a careful research into the history of art, design and architecture and his passion for technology and materials.