“Instead of making ‘a typical watch designed by a car designer,’ I considered how to deal with the challenge of designing watches as a creator of formative arts. Nonetheless, it was first time for me to design a watch, so I firstly visited watch stores to know the watch market in Japan. There I realized that every watch had the design saying ‘Look at me!’ I was surprised at the differences from Germany where I had lived for a long time, but conversely, I thought I wanted to create the quietest watch among these watches,” explains Satoshi Wada, a prominent car designer on the global stage. 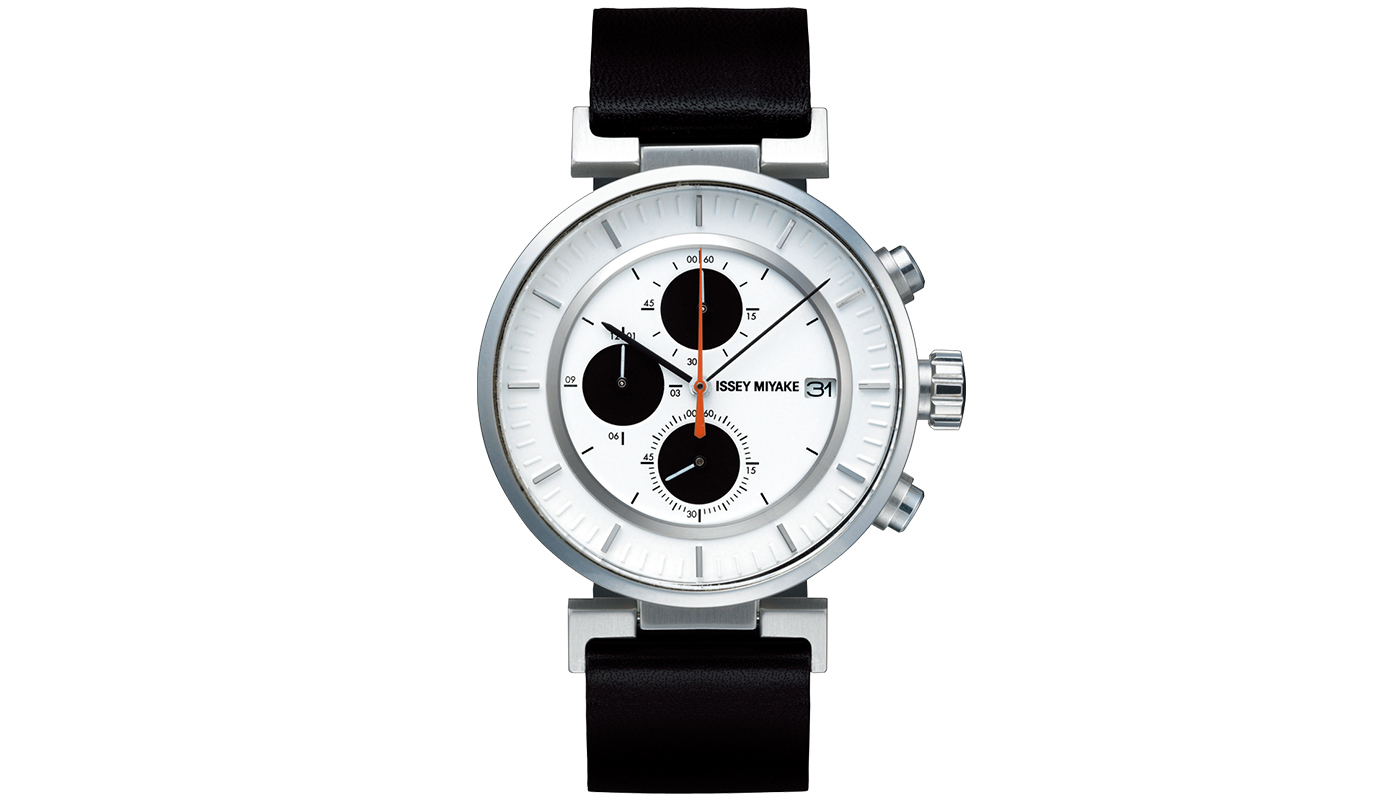 However, right after this project kicked off, the Great East Japan Earthquake took place, and Japan faced a difficult situation where people had to restart from a chaotic condition. Then, the word came to Wada’s mind was “an opportunity for going back to basics.” It means not only just going back to basics, but making it an “opportunity” to look at basics.
“What kind of designs reevaluate the beauty of Japan and show its aesthetic sensibility to the world? Going back to basics, I thought of a beautiful and functional design of a new era that can be used for many years. Japanese culture values the sun, and I used Japanese graphics and patterns that two circles overlap as the basic design. Besides, the indexes incorporate an image of fireworks instantly bursting across the sky from silence. I designed the watch to express the aspect of the beautiful time in the country of the rising sun.” That is how “W” was developed, and once the watch was launched in 2012, it enjoyed great popularity. With the addition of a variety of models including mini-size and mechanical ones, this series has been and still is one of our bestselling watches.
“Since entering the 21st century, designs have become a major topic of conversation, mainly about white goods and automobiles. Because we have entered such an era, I want to talk about the essence. I wanted to create a watch that can be worn every day and can tell the time accurately, not a so-called designer watch.” By the way, the name of the model “W” does not derive from “W” in “Wada Satoshi”, but has the meaning of “I Want Watch.” It has a message of having the style when a watch was born and looking back the emotional sense of the time when people first met a watch.
“Automobiles have the design for a meter, which ensures accuracy. In order for a watch to be associated with such accuracy, I designed the hands to be long. The large-sized crown achieved the better functional usability, and the lugs are attached to the side of the case back so that the case can be polished to detail beautifully. The case diameter is 43 mm, which is a bit large, but since the lugs are movable, it fits to anyone’s wrists, including women’s. Another feature for the metal bracelet is that widening the link’s moving range improves the fitness.” While being created by the world’s most prestigious car designer, the “W” is extremely functional. This watch embodies a powerful answer to the proposition, “What is the essence of a watch?” Born in Tokyo in 1961, Satoshi Wada joined Nissan Motor Co., Ltd. in 1984 after graduating from Musashino Art University (Tokyo, Japan). He also studied abroad at Royal College of Art (London, UK) from 1989 through 1991. In 1998, he began working for Audi AG/Audi design in Germany and contributed to the Audi brands' global expansion by designing the A5 that was called "the most beautiful coupé in the world." He became independent to establish his own design studio “SWdesign TOKYO” in 2009. Since then, he has been using his depth of experience in Germany and playing an active role mainly in automotive design with his concept of “MINIMAL x FUTURE,” creating new simplicity in products and life-styles of a new era.